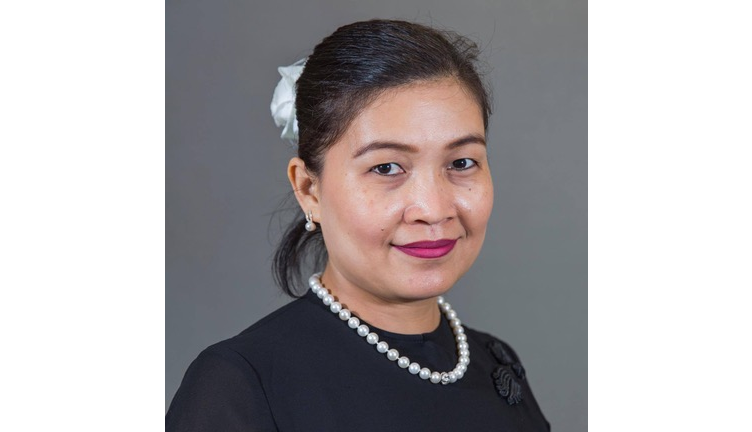 “Myanmar in Crisis: What will happen Next?”

Free and open to the public! Coffee and tea will be served.

BIO: May Sabe Phyu is a passionate and committed advocate for women’s rights and gender equality in Myanmar. She works actively in the areas of the prevention of violence against women, law reform and women’s engagement to bring peace. Her determination in the face of adversity – political opposition, widely held and rigid views about women’s roles, and personal risk – inspire others to push for government policy changes and to join collective actions to recognize and realize women’s right to live in peace. She is the Director of the Gender Equality Network (GEN), a coalition of more than 130 organizations collaborating to advocate for women’s rights to end discrimination against women and ethnic and religious minorities since 2011. She also co-founded the Kachin Peace Network (KPN) and Kachin Women Peace Network (KWPN) to raise awareness of the human cost of conflict and to advocate for peace and reconciliation.

Before joining with GEN, May Sabe Phyu has worked with UNDP as a Health Education Specialist, and with MSF-Holland in a variety of roles, including as a Health Education Supervisor and as Team Leader of the Counseling Program of HIV/AIDS Care and Support for the people living with HIV/AIDS. She has a Bachelor of Science (Mathematics) degree from the University of Distance Education, Yangon in 2007.

For her leadership in advocating for the full and equal rights of women, ethnic and religious minorities in Myanmar, May Sabe Phyu was honored with an International Women of Courage Award by the State Secretary of the United States of America in 2015. Later, she was listed as one of the inspiring women leaders in changing Myanmar’s society by many local and international news media. She has been also recognized as distinguished alumni by the Asian Institute of Technology (AIT) Alumni Association (AITAA), Thailand in September 2015, where she attained her first Master degreed in Gender and Development Studies. Georgetown University’s Institute for Women, Peace & Security presented the 2017 Global Trailblazer Award for her courage and commitment to inclusive peacebuilding, and tireless work to advance women’s equality in the face of violence opposition.

Currently, she is studying at Harvard Kennedy School of Government for one year Mid-Career Master of Public Administration program as one of the Mason fellow.