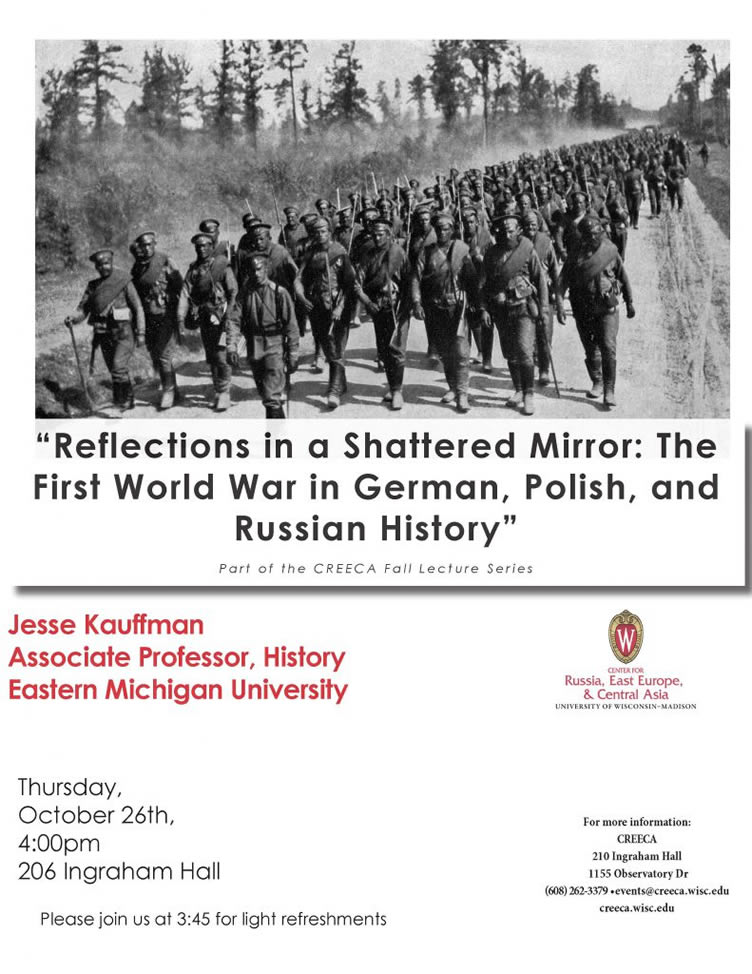 “Reflections in a Shattered Mirror: The First World War in German, Polish, and Russian History”

About the Talk: This talk will examine the reasons why the First World War’s eastern front became the “unknown war,” as Winston Churchill called it, by tracing the impact it had on German, Russian, and Polish history. Only by transcending many of the narrow boundaries of national scholarship can the shared importance of the war for the region as a whole be understood.

About the Speaker: Jesse Kauffman is associate professor of history at Eastern Michigan University. His first book, Elusive Alliance: The German Occupation of Poland in World War I, was published by Harvard University Press in 2015. He is currently working on a second book, Blood-Dimmed Tide: Central Europe’s Long Great War, 1905-1921, which will also be published by Harvard.

Please join us at 3:45 for light refreshments.