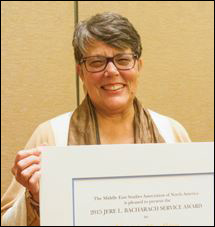 This talk will concentrate on new approaches to the study of the Ottoman Empire and Republican Turkey as reflected in research agendas such as trans-cultural, or inter-imperial history; emphasizing specifically the rewards and pitfalls of writing comparative global history.

Virginia H. Aksan’s research focuses on comparative war and society, especially Ottoman, Austrian & Russian, 18th-mid-19th centuries, including the study of frontiers, the exchange of ideas and technology, and the role of the intermediaries, eastern and western, in the discussion and perception of governance and reform. Her books include An Ottoman Statesman in War and Peace, Ottomans and Europeans: Contacts and Conflicts, and Ottoman Wars 1700-1870: An Empire Besieged.