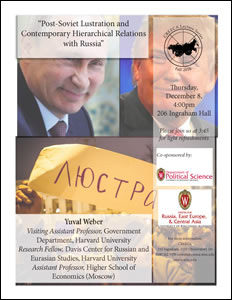 A key challenge for post-authoritarian governments is to consolidate political authority; one of the most difficult decisions new leaders make is to evaluate the fate of officials associated with the ousted regime. Beyond the few leaders deposed by transitions, tens of thousands of civil servants who may have benefited from past crimes such as corrupt practices and violent crimes against public order remain in office. Transitional leaders must decide where to place the threshold above which these former officials are considered unsuitable for public service. Leaders may want to maximize lustration by establishing low thresholds to place their own people or achieve justice, but they face major limitations. Externally, political transition may affect the foreign policy considerations of other states, so low thresholds might provoke intervention. Internally, the transitional government may want to distinguish itself from predecessors, so a higher threshold establishes new domestic norms. Functionally, the potentially lustrated also possess critical administrative skills necessary for economic efficiency. In terms of security, excessive lustration may catalyze rebellion. The states of the former Soviet Union provide full variation in the lustration thresholds selected by post-communist leaders, from extremely low in the Baltic states to extremely high in Central Asia, portions of the Caucasus, and Belarus, and finally, explicit decisions to lower lustration thresholds in Ukraine and Georgia in recent years. This presentation provides evidence that the extent of lustration in post-Soviet states correlates closely with novel measures of contemporary Russian political and economic hierarchy relations with that state. The data suggest that lustration in the post-Soviet space differs from previous international experience by focusing less on historical reconciliation within societies and more on reducing or maintaining hierarchical political and economic relations with Russia.

Part of the CREECA Lecture Series.  Co-sponsored by CREECA and the Department of Political Science.  For more information: events@creeca.wisc.edu.