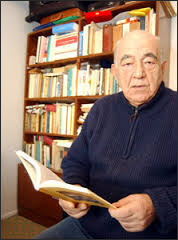 Kemal H. Karpat is Emeritus Professor of History at the University of Wisconsin-Madison. Recognized internationally as one of the leading authorities of Ottoman history and modern Turkey, he is the recipient of numerous awards, including the Hilldale Award of the University of Wisconsin, and the Turkish Grand National Assembly’s highest Parliament Honorary Award for his outstanding achievements in the international arena and contributions to Turkish and Ottoman Studies. Prof. Karpat is the honorary member of the Turkish Historical Society, and the author of many books and articles, including The Politicization of Islam (Oxford, 2001).

Presented by: MATS (Madison Association of Turkish Students) and Center for Turkish Studies