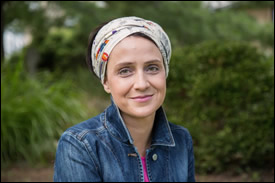 Like many other young German Jews Gershom Scholem, Werner Scholem and Walter Benjamin were consumed by revolutionary fire during World War I. This lecture follows their enthusiasm for the Left and the turns they took after the end of the war, each in his own direction. While Werner Scholem become one of the most prominent voices of German Communism, his younger brother fulfilled his Zionist dream and emigrated to Palestine; Walter Benjamin oscillated between both ideologies without committing to one. These three exceptional biographies, as reflected in mostly unpublished letters, highlight the various shades of German-Jewish commitment to the revolution.

This lecture is sponsored by the Mosse/Weinstein Center for Jewish Studies and the Department of History, and made possible through the generosity of the Schrag family.

This event is free and open to the public.

More information can be found on the Center for Jewish Studies website.