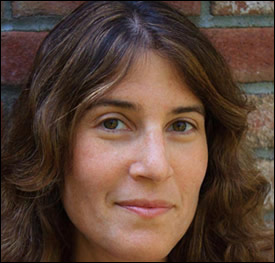 In modern times, Jews emerged as the consummate urban dwellers. How, then, were Jewish and urban life transformed when Jews joined the droves of Americans who left cities for suburbs after World War II? Drawing from her extensive research on Detroit, Lila Corwin Berman suggests that, contrary to the history of white flight, the story of Jewish migration away from cities is one of enduring-and tension-filled-urban entanglement.

By the beginning of the twenty-first century, American Jewish philanthropy attained a nearly unchallenged position as a producer of norms, institutions, and community practices. In a word, it had grown into a “complex.” Lila Corwin Berman argues that since World War II critical changes in American economic and political policy intersected with transformations in American-Jewish life to endow Jewish philanthropy with unprecedented governing power.

Professor Lila Corwin Berman is Associate Professor of History at Temple University. She holds the Murray Friedman Chair of American Jewish History and directs the Feinstein Center for American Jewish History. Berman received her B.A. from Amherst College and her Ph.D. from Yale. She is author of Metropolitan Jews: Politics, Race, and Religion in Postwar Detroit (University of Chicago, 2015), for which she received support from the National Endowment of the Humanities and the American Council of Learned Societies. Her first book, Speaking of Jews: Rabbis, Intellectuals, and the Creation of an American Public Identity (California, 2009), was awarded recognition from the Center for Jewish History and the National Foundation for Jewish Culture, and was a finalist for the Jewish Book Council’s Sami Rohr Prize. She is currently writing a book tentatively titled “The American Jewish Philanthropic Complex” and received a fellowship from the Center for the Humanities at Temple to support her work on it. Her articles have appeared in the Journal of American History, Jewish Social Studies, the Forward, Religion and American Culture, Sh’ma, and American Jewish History, and she has also contributed chapters to several anthologies, including, most recently, an essay entitled “American-Jewish Politics Is Urban Politics,” in Faithful Republic: Religion and Politics in the Twentieth Century United States (Penn, 2015).

If you would like to make a donation in honor of Stanley Kutler’s memory, please visit the Make A Gift Page.