Thank you to the graduating seniors for the invitation to offer a few remarks on this special day. I’m especially glad to see in attendance so many parents and other loved ones, who are able to share with us in this celebration of your accomplishments. But what is it that we are actually celebrating, and what is it exactly that you have accomplished? To what end have you struggled for four years (give or take for some of you)? What does the diploma that you will receive tomorrow signify and—more to the point—what good is a degree in history? Particularly at a time when Americans scrutinize the costs of tuition and the very purpose of higher education like never before, you might have already asked yourself these questions. For more than a few of you, I am guessing, this isn’t merely a reflective exercise. Rather, you’ve probably confronted such questions from roommates, friends, and perhaps even loved ones who are here with you today.

I’m sure most of you did a splendid job answering them—at least to your own satisfaction—as you’ve made it this far. But the next time someone asks you about the value of a degree in history, it may not be enough to satisfy yourself. So what I thought I’d do today, briefly, is share my own meditations on the value of your education and degree as you prepare to embark on the next great chapter of your lives.

Some of you who have gotten to know me over the past several years know that I am fond of both science fiction and pop culture references, so I hope you will excuse me for beginning my reflections with the 1999 movie “The Matrix.” I do so rather reluctantly because most of the undergraduates here are too young to have seen it and most their parents are too wise to have done so (note that I did not say too old!). But those old and foolish enough to have watched it will no doubt recall the scene in which Morpheus offers Neo the choice of a blue or red pill, the former allowing Neo to continuing living in a state of comfortable denial about the reality of the world around him, the latter lifting the veil and permitting Neo to see the world as it truly is: beset with inequity and injustice and so hopeless that even those who grasp the truth are willing to surrender it for the comfortable fictions of the established order.

In choosing to study the humanities in general and history in particular, we have all opted for the red pill and committed ourselves to the unwavering search for truth, as unpleasant as it may sometimes be. Fortunately our world isn’t nearly so bleak as that portrayed in “The Matrix” (although my Facebook friends seem to disagree), and if we are fully aware of the ugliness and unfairness of the human condition over time (including our own), we are also equipped to better appreciate the beauty and wonderment of world in which we do live.

Many of you will soon embark on careers that will capitalize on this awareness and sensibility. Whether your charge will be to combat injustice or nurture and propagate beauty, you will be directly employed in the great cause of improving the lot of humanity, a subject about which you know far more than most of your classmates. A number of you have already accepted positions with non-profits, in the arts, and in public service and education. I would be surprised to learn if any of you had to defend your choice of major in the application or interview process, for among those of us who have taken the “red pill” no explanation is necessary.

But what of those of you who will make your mark—and we might all hope fortunes—in other sectors? What if the next person who interviews you for a job not only fails to appreciate the value of the humanities and a history degree but is in fact overtly disdainful of them? What if, at your first big interview, you’re asked, “Mr. Anderson: why should I hire a history major?” Well, for a great many of you my first response would be, “That’s Ms. Anderson, thank you very much!” As for the rest of you, the first thing I’d say if I were in your shoes would be, “Oh my god, why did I wear these shoes to such an important interview!? I really should have purchased some adult footwear. What a terrible mistake I’ve made!” 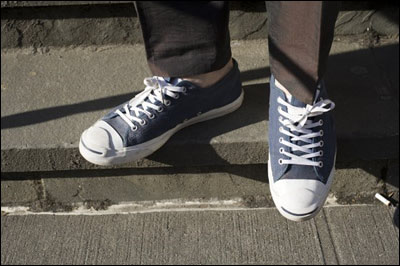 But the next thing I’d say (regardless of gender) would be that history is not the rote memorization of events and figures from the past but rather a discipline of rigorous, purposeful inquiry and investigation—that as a student of history your task was not to remember what happened but to discover what happened and why. And to ask questions. Incessant, penetrating questions. You majored not simply in the study of the past but also in the identification, comprehension, management, and solution of complex problems. These are sometimes called wicked problems—the sort in which any effort exerted to solve the problem changes it and, more often then not, creates a cascading set of new ones. Such problems defy solution and even comprehension by linear, scientific methods. They may only be understood by the creative, inductive, and comprehensive reasoning techniques that are at the core of the historical discipline. You are all of course experts at research (real research, mind you), but you are especially capable of redefining the problem at hand even as you attempt to solve it and to account for the mighty importance of those things you cannot know. You are comfortable with ambiguity in a world that is not. Better than most, you can account for what a recent secretary of defense referred to as “known unknowns” and—even trickier—“unknown unknowns.”

Then again, it’s probably not wise to invoke Donald Rumsfeld at most job interviews, so you might instead channel Charles Franklin Kettering, head of research at General Motors from 1920 to 1947, holder of 186 patents, inventor of the electrical automobile ignition, and founder of the Sloan Kettering Institute for cancer research. Was he a history major? No. But he appreciated something that resonates with me and anyone dissatisfied with the status quo. “Problems,” he explained to his engineers, “are the price of progress. Don’t bring me anything but trouble.”

As history majors, your potential to bring your bosses trouble is virtually limitless…and that’s a good thing. We are talking, after all, about the constructive, productive kind of trouble. You will ask the questions that occur to no one else. You know how to find the answers or enlist the expertise of those who do. You know how to report your findings and recommendations effectively and on time (well, most of you, anyway) and can communicate them to any audience in any medium. Yes, you will bring trouble. But provided the opportunity you will also bring progress and productivity. And that is why any employer should want to hire a history major.

You’ve no doubt heard the old saw that “those who can do, those who can’t teach,” whether you’ve learned it from George Bernard Shaw or Woody Allen (incidentally, two more people I wouldn’t mention in a job interview). As an educator, I am of course not particularly fond of this saying, which implies that vocational disciplines, especially—medicine, law, and business—draw their faculty from the ranks of those who could not hack it in the “real world.” And so they teach, leaving it to their students to do. But how does this apply (if at all) to the discipline of history. What is it that we the faculty ostensibly cannot do that you will?

To answer that question, we need look no further than the alumni of our department. Collectively, they illustrate both the breadth of what our graduates “do” and the heights to which they rise. Among our them are a former U.S. senator, the current mayor of Madison, an executive director at Morgan Stanley, the recently retired CEO of one of the largest energy companies in the Midwest, Hollywood screenwriters, the most influential commissioner of major league baseball in the history of the game, the president and COO of the Milwaukee Brewers, professional athletes, judges, and lawyers at the pinnacle of their profession. This is but a sampling drawn from the alumni who are active in the intellectual community of our department and therefore spring readily to mind. Were I to expand the list to include notable history majors from other universities, we’d be here until nightfall, so I’ll merely add that five U.S. presidents were history majors (two of them also presidents of the American Historical Association), and no less than three sitting members of the Supreme Court earned their bachelors degrees in history.

What then, do historians teach that we cannot do? In short, we teach the full breadth of the human experience as lived across the globe and throughout the ages. We teach the eternal struggle to uphold human dignity and overturn oppression. We teach the trials, tribulations, and triumphs of women and men renowned and forgotten. And we teach the art of communicating these experiences in the written and spoken word. We teach, in a word, everything.

And that, is what you, our students will do. Just make sure you wear the right shoes! 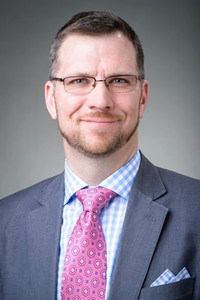 Professor Hall has been a member of the Department of History since 2009. He received his Ph.D. from the University of North Carolina-Chapel Hill and is the Ambrose-Hesseltine Associate Professor of American Military History. An expert in U.S. Military and Native American history, he published his first book, Uncommon Defense: Indian Allies in the Black Hawk War in 2009. His forthcoming book Dishonorable Duty: The U.S. Army and the Removal of the Southeastern Indians is expected next year. In 2014 Chancellor Blank awarded Professor Hall with a Distinguished Teaching Award, an honor given out since 1953 to recognize the university’s finest educators. Professor Hall is delivered the Commencement Address upon the recommendation of the undergraduate history class of 2015.