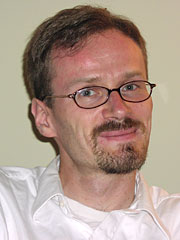 “The ‘Jewish’ Michelangelo: German Jews, the Renaissance, and the Dream of Italy”

Asher Biemann
Professor of Religious Studies and Director of the Center for German Studies,
University of Virginia

Why did Michelangelo matter to Jewish writers? What explains the cultural affinity of German Jews to Italy and the period of the Renaissance? This talk will reflect on modern Jewish imagination and statue love. Michelangelo’s sculptures literally came to life in the eyes of Jewish pilgrims, often addressing them, as the Moses statue would, as fellow Jews. To German Jews, the identification with Italy and the self-recognition in Michelangelo’s work offered an alternative to the failed promises of the Enlightenment. The continuing Jewish fascination with Michelangelo in popular culture, and even in contemporary Israeli art, only confirms that Michelangelo matters.

This lecture is sponsored by the Mosse/Weinstein Center for Jewish Studies and the Department of History and made possible through the generosity of the Schrag family. Free and open to the public.