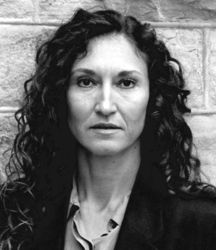 MADISON – Camille Guérin-Gonzales died on Tuesday, Feb. 24, 2015, at Agrace HospiceCare in Madison, after 14 months of living exuberantly, purposefully, and consciously with a cancer diagnosis that she never let define her.

She was born on July 20, 1945, in Las Vegas, N.M., the first child of Estella María Gonzales and Benedict Frederick Guérin. Because her father worked in the nuclear weapons industry, she did part of her growing up in Los Alamos, N.M., near the Nevada Test Grounds; and in Livermore, Calif. But she also lived in Las Vegas with her grandparents, who helped to raise her, Johanna and Gilberto Guérin, and Elenita and Adelaido Gonzales. Some parts of her family had roots in northern New Mexico going back 17 generations; they migrated there from what is now Mexico. Some parts of her family were indigenous to the land. Still others arrived later from France, Germany, and New England. Camille attended both Catholic and public schools growing up, rarely spending more than a year in any one place.

When she entered community college in Riverside, Calif., she lived with her Aunt Angie (Guérin) Kramer and her cousins, Karen, Joan, and Anita. An early marriage produced three handsome and spirited children, Kerrie Anne, Ronald Wayne, and Michael James Lester. When the children were small, Camille went back to school, earning her B.A. at University of California, Riverside, in 1978. By then, she was hooked on the study of history, and she went on to receive her M.A. in 1980. Now on her own, she took a brave leap into a Ph.D. program while raising three children. She earned her doctorate at UC-Riverside in 1985, writing the dissertation that eventually appeared in book form, Mexican Workers and American Dreams: Immigration, Repatriation, and California Farm Labor, 1900-1939. She published in the areas of U.S. labor, immigration, and Latino history, and left behind an unfinished book manuscript on coal mining communities, “Mapping Working-Class Struggle in Appalachia, South Wales, and the American Southwest.”