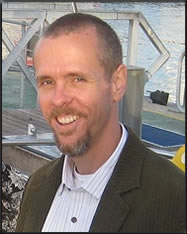 James Sweet, Professor of History at the University of Wisconsin, has been selected as the winner of the 2012 Frederick Douglass Book Prize for his book, Domingos Álvares, African Healing, and the Intellectual History of the Atlantic World (University of North Carolina Press). The Douglass Prize was jointly created by Yale University’s Gilder Lehrman Center for the Study of Slavery, Resistance, and Abolition and the Gilder Lehrman Institute of American History. It is awarded annually by Yale’s Gilder Lehrman Center for the best book written in English on slavery or abolition. The $25,000 prize will be presented to Sweet at a reception sponsored by the Gilder Lehrman Institute in New York City in February 2013.

This year’s finalists were selected from a field of more than one hundred entries by a jury of scholars that included Shawn Alexander (University of Kansas), Linda Heywood (Boston University), and Richard Newman (Rochester Institute of Technology). The winners were selected by a review committee of representatives from the Gilder Lehrman Center, the Gilder Lehrman Institute of American History, and Yale University.

“James Sweet’s thoughtful and moving book about African healer Domingos Álvares provides much more than a biographical portrait of a remarkable 18th century man,” noted Newman, the 2012 Douglass Prize Jury Chair and Professor of History at Rochester Institute of Technology. “Rather,” he added, “Sweet’s imaginative reconstruction of Álvares’ life in and out of bondage places African worldviews at the center of Atlantic history. In the tradition of Carlo Ginzburg’s The Cheese and the Worms, he illuminates the very ethos animating Álvares’ struggles in Benin, Brazil, and Portugal. In Sweet’s powerful rendering, Álvares’ constant emphasis on healing, divination, communal belonging, and cultural resistance prefigured more familiar anti-colonialist and abolitionist struggles. Domingos Álvares also makes a compelling case for redefining the intellectual history of Atlantic society from Africans’ perspectives.”

The Frederick Douglass Book Prize was established in 1999 to stimulate scholarship in the field of slavery and abolition by honoring outstanding books on the subject. The award is named for Frederick Douglass (1818–1895), the slave who escaped bondage to emerge as one of the great American abolitionists, reformers, writers, and orators of the 19th century.

The Gilder Lehrman Institute of American History is a public charity devoted to the improvement of history education. For further information, go to www.gilderlehrman.org or call (646) 366-9666.

– Gilder Lehrman Center for the Study of Slavery, Resistance, and Abolition