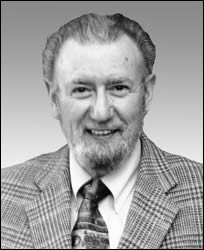 Paul Samuel Boyer of Madison departed this life on March 17, 2012 at Agrace Hospicecare, following a three-month bout with cancer. Born in Dayton, Ohio in 1935 to Clarence and Ethel Boyer, he attended the Dayton public schools and Upland College in California. In the 1950s Paul became a conscientious objector, in accordance with the beliefs of his family’s denomination, the Brethren in Christ. Following a two-year office assignment at the headquarters of the International Voluntary Work Camps in Paris and hands-on experience building post-war houses in Bielefeld, Germany, he journeyed home via Africa, India and the Far East.

Paul transferred to Harvard University, where he completed his undergraduate degree and later earned his doctorate in American History. While at Harvard he met and was married to his wife of fifty years, Ann Talbot of Baltimore, Maryland.

The couple moved to Amherst, Massachusetts where, in 1967, Paul became a professor of American history at the University of Massachusetts. Their children, Alex and Kate, were born during this time. In 1980, Paul was called to teach at the University of Wisconsin-Madison where, as a member of the history faculty, he held the Merle Curti Chair in American History. In the 1990s he served as Director of the U. W. Institute for the Humanities. In addition, he taught as a visiting professor at Northwestern University, U.C.L.A. and the College of William and Mary. Following his retirement he became a series editor at U.W. Press, and a co-author for several college textbooks.

Boyer’s writings reflected his lifelong interest in religion and the impact of religious belief on American culture. His titles included Purity in Print, Salem Possessed (with Stephen Nissenbaum); By the Bomb’s Early Light, and When Time Shall Be No More, He edited and was a contributor to history encyclopedias, and delivered numerous lectures and papers, both here and abroad. His final book, A Very Brief Introduction to American History, is being published this spring.

Paul was a natural leader. He will be remembered by friends, colleagues and his students for his modesty, kindness and good judgment; his spark of humor, his balanced views, his skills as an editor, and his original approach to historical topics. His family will remember him as a wise, caring and considerate husband and father, an avid traveler, a lover of music and art, a great reader, a devotee of long-distance driving, and a resourceful grandpa.

Survivors include his wife Ann, his children Alex (wife, Mary) of Minneapolis; and Kate (husband, Michael Buser) of Bristol, England and two young grandsons, Ethan and Jake. His is also survived by his brother William Boyer, (wife, Esther), sister-in-law Kathryn Boyer, and sister-in-law Marion Talbot Brady (husband, Jeremiah) as well as a number of cousins, nephews and nieces. He was predeceased by his parents and his brother Ernest L. Boyer.

A celebration of Paul’s life will be held at 4:30 pm on Friday April 27 at the First Unitarian Society, 900 University Bay Drive, Madison. Burial will be private. The family wishes to thank Paul’s oncologist, Sam Lubner M.D. and the skilled and dedicated nursing staff of Agrace Hospicecare for their care of him during the last months of his life. Many friends pitched in as well, caring for Paul and his family in a variety of ways. Donations may be made to University of Wisconsin Foundation, the Mennonite Central Committee, or Wisconsin Public Television.

To view this obituary please go to:
http://cressfuneralservice.com/obituary/89729/Paul-Boyer/