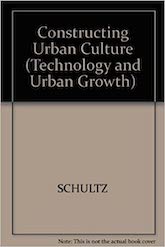 The recent movement known as ‘New Urbanism’ is attempting to reconcile competing ideas about urbanism that have been evolving in America for over a century. New Urbanism, an urban reform movement that gained prominence in the 1990s, seeks to promote qualities that urban reformers have always sought: vital, beautiful, just, environmentally benign human settlements. The significance of New Urbanism is that it is a combination of these past efforts: the culmination of a long, multi-faceted attempt to define what urbanism in America should be. This revelation only comes to light in view of the history that preceded it.

This book puts New Urbanism in historical context and assesses it from that per­spective. Analy tically, my goal is to expose the validity of New Urbanism’s attempt to combine multiple traditions that, though inter-related, often comprise opposing ideals: the quest for urban diversity within a system of order, control that does not impinge freedom, an appreciation of smallness and fine-grained complexity that can coexist with civic prominence, a comprehensive perspective that does not ignore detail. Amidst the apparent complicatedness, history shows that divergences boil down to a few fundamental debates that get repeated over and over again. This means that American urbanism has endured a habitual crisis of definition. The question now is whether New Urbanists have seized upon the only logical, necessarily multi-dimensional definition of what urbanism in American can be.