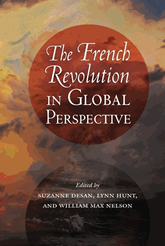 Situating the French Revolution in the context of early modern globalization for the first time, this book offers a new approach to understanding its international origins and worldwide effects. A distinguished group of contributors shows that the political culture of the Revolution emerged out of a long history of global commerce, imperial competition, and the movement of people and ideas in places as far flung as India, Egypt, Guiana, and the Caribbean. This international approach helps to explain how the Revolution fused immense idealism with territorial ambition and combined the drive for human rights with various forms of exclusion. The essays examine topics including the role of smuggling and free trade in the origins of the French Revolution, the entwined nature of feminism and abolitionism, and the influence of the French revolutionary wars on the shape of American empire.

The French Revolution in Global Perspective illuminates the dense connections among the cultural, social, and economic aspects of the French Revolution, revealing how new political forms—at once democratic and imperial, anticolonial and centralizing—were generated in and through continual transnational exchanges and dialogues.