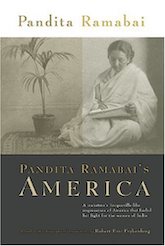 A singular outsider’s perceptive look at American society This fascinating volume illuminates nineteenth-century America as seen from the perspective of one of the most notable women ever to come from India. Often compared to Alexis de Tocqueville, Pandita Ramabai (1858-1922) was renowned for her amazing learning, and she went on to became a world-famous speaker and social reformer. When Ramabai’s travels brought her to the United States, she could not help committing her perceptions to writing. This volume presents for the first time in English the full text of Ramabai’s well-written work. In these pages Ramabai describes local experiences and assesses American government, domestic conditions, education, religion, and business. While frequently upholding aspects of American life as ideals for her own country, Ramabai also offers some insightful criticisms of modern life in the United States. Including a lengthy biographical introduction to Ramabai by editor Robert Eric Frykenberg, this volume offers readers a valuable perspective on American life — and a rare opportunity for self-reflection.