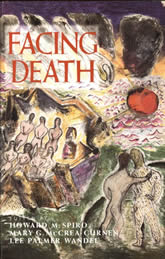 We have learned a great deal in recent years about keeping death at bay through medical technology. We are less well informed, however, about how to face death and how to understand or articulate the emotional and spiritual needs of the dying. This profound and eloquent book brings together medical experts and distinguished authorities in the humanities to reflect on medical, cultural, and religious responses to death. The book helps both medical personnel and patients to view death less as an adversary and more as a defining part of life.

In the first half of the book, physicians and the founder of Connecticut Hospice discuss the current clinical setting for dying, with attempts to find the balance between alleviating suffering and providing life support, the problem of finding a peaceful death, and the differences the AIDS epidemic has made in our attitudes toward dying. In the second half of the book, theologians, historians of religion, anthropologists, literary scholars, and pastors describe Christian, Judaic, Islamic, Hindu, and Chinese perceptions of death and rituals of mourning. An epilogue considers the resonances between medicine and the humanities, as well as the essential differences in their approaches to death.