Lecturer: History 120 – Europe and the Modern World 1815 to the Present 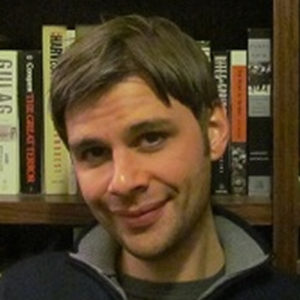 My area of interest is the cultural and intellectual history of modern Europe, with an emphasis on religious thought in Germany. My current research focuses on the relationship between Christian political theology and West German protest movements during the 1960s and 1970s. More specifically, I study the way in which Christian activists employed theological principles to justify political action, encourage opposition, and pursue social justice. Exploring these issues puts my work in dialogue with recent debates concerning the character of West German protest movements, the nature of church-state relations in modern Germany, and the relationship between secularization and religious renewal in twentieth-century Europe.