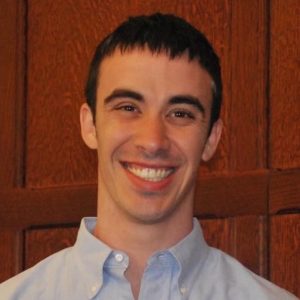 I am a historian of the modern Middle East, with a research focus on 20th century Islamic movements and states. I use the tools of social and intellectual history to trace the emergence and performance of particular projects of piety and, more broadly, the ways in which men and women employ their bodies to challenge the prescriptive visions of religious elites to regulate daily practice. In my first book, Practicing Islam in Egypt: Print Media and Islamic Revival (Cambridge, 2019), I drew on ideologically diverse Islamic magazines from this period to chart the rise of an Islamic Revival in 1970s Egypt within a larger global story of religious contestation and change.

My second book, entitled In the Shade of the Sunna: Salafi Piety in the Twentieth-Century Middle East, is forthcoming from the University of California Press. This study explores Islam’s fastest growing movement through a transnational lens with a particular emphasis on Egypt. Moving beyond a focus on specific organizations or commitment to the boundaries of particular nation states, it traces the emergence and consolidation of distinctly Salafi social practices between 1926 and present. To do so, it draws on over 150,000 pages of Salafi print media found in traditional archives, used-book markets and contemporary Salafi websites. Based on these sources, it explores the development of particular practices as a lens to understanding Salafism’s internal dynamics of authority, its relationship to Secularism and Islamism, and the unacknowledged reinvention of the Sunna by pious Muslims in the modern period. Threaded throughout the project is an argument that Purist Salafism’s defining practices can only be understood within a global story of the distinctly performative demands of modern visions of gender, communal membership, and piety. Alongside careful analysis of the texts that Salafis hold dear, the project tells a story of how and why precise religious practice becomes a measure of faith and of how the signifying purpose of particular practices to other Muslims and non-Muslims alike comes to exceed and even overshadow their ethical function