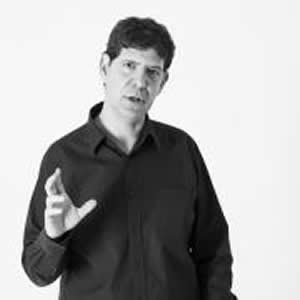 This event has been cancelled due to weather!

“Powering Empire: “How Coal Made the Middle East and Sparked Global Carbonization”

About the talk: The Age of Empire was driven by coal, and the Middle East—as an idea—was made by coal. Coal’s imperial infrastructure presaged the geopolitics of oil that wreaks carnage today, as carbonization threatens our very climate. Powering Empire argues that we cannot promote worldwide decarbonization without first understanding the history of the globalization of carbon energy. How did this black rock come to have such long-lasting power over the world economy?

Focusing on the flow of British carbon energy to the Middle East, On Barak excavates the historic nexus between coal and empire to reveal the political and military motives behind what is conventionally seen as a technological innovation. He provocatively recounts the carbon-intensive entanglements of Western and non-Western powers and reveals unfamiliar resources—such as Islamic risk-aversion and Gandhian vegetarianism—for a climate justice that relies on more diverse and ethical solutions worldwide.

About the presenter: On Barak is a social and cultural historian of science and technology in non-Western settings. He is a senior lecturer at the Department of Middle Eastern and African History at Tel Aviv University, and the author of three books: Powering Empire: How Coal Made the Middle East and Sparked Global Carbonization (University of California Press, 2020), On Time: Technology and Temporality in Modern Egypt (University of California Press, 2013), and Names Without Faces: From Polemics to Flirtation in an Islamic Chat-Room (Uppsala University Press, 2006). Prior to joining Tel Aviv University, he was a member of the Princeton Society of Fellows and a lecturer at the history department at Princeton University. He is a co-founder and co-editor of the Social History Workshop, a weekly blog published on the Haaretz website analyzing current Middle Eastern affairs through the lens of contemporary historical research.

Sponsored by: Middle East Studies Program and the UW Department of History