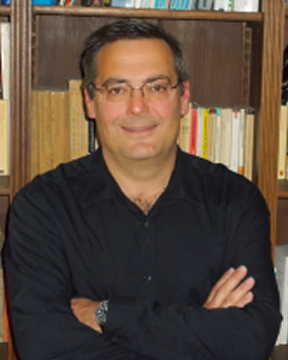 “Circumventing the Violence – Remonstrances as a Means of Negotiation and Resistance during the European Civil Wars between 1550 and 1650 (France, the Low Countries, England)”

Remonstrances were texts printed in Europe during the civil wars (1550-1650). They are unique in that they served simultaneously as a means of governance, instruments of negotiation and avenues of resistance. They enable continuous dialog during the conflicts. Whereas previous scholarship has focused on conflict and the violence itself, I examine the remonstrance as a means of circumventing the violence and sustaining institutional interaction. I show that – the battles, conflicts and massacres notwithstanding – negotiation remained the focus of power relations between the authorities and a “political society” that used remonstrances to seek to impose (its vision of) peace and justice.

Paul-Alexis Mellet was born in Paris in 1970. After concluding his studies in Philosophy (Paris IV/Paris-Sorbonne), he aroused his interests in History by obtaining an ‘agrégation’ certificate (Paris I / Panthéon-Sorbonne) and by writing a thesis (Université de Tours/CESR) on Protestant Monarchomachs — jurists, diplomats, and theologians who theorized armed resistance against tyrants (issued by Droz in 2007). He is Professor of Modern History in the Centre for Advanced Studies in the Renaissance (CESR) and in the University of Tours. He has just been appointed Professor at the University of Geneva (2019) and at the Institute for the History of Reformation. Pr Mellet has published a number of ancient texts, notably Le réveille-matin des Français et de leurs voisins (1574), issued by Garnier in 2015, and Conseil à la France désolée (1562), issued by Droz in 2017. His present interests are central to the concern of religious warfare in Renaissance Europe and he devoted his recent HDR thesis (Paris IV/Paris-Sorbonne) to a research on the remonstrances that were printed during such epoch. His position consists in showing that during the conflicts of this time, all the parties involved (Catholics, Protestants, Royalists) undertook permanent efforts to restore peace and establish justice.