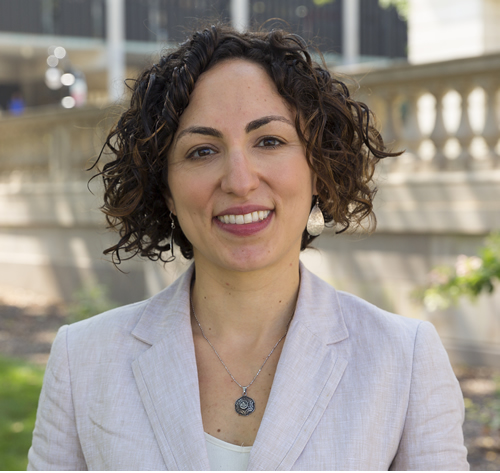 Drawing on new archival research conducted in eight countries, this lunchtime talk will explore how the Vatican transformed the European international order and combatted secularism after World War I, via the novel use of international law, public diplomacy, and new media. Through careful attention to the entanglements of religion and politics, Giuliana Chamedes traces the extraordinary story of how the Vatican moved from the margins to the center of European affairs.

Giuliana Chamedes is a historian of modern European and international history, with a special interest in the late nineteenth and twentieth-century European international order. Chamedes focuses on the entanglements of religion and politics in Eastern, Central, and Southern Europe. Her book manuscript demonstrates how World War I galvanized the central government of the Catholic Church to craft its own variety of internationalism, which was intended to rival both liberal and communist internationalism.