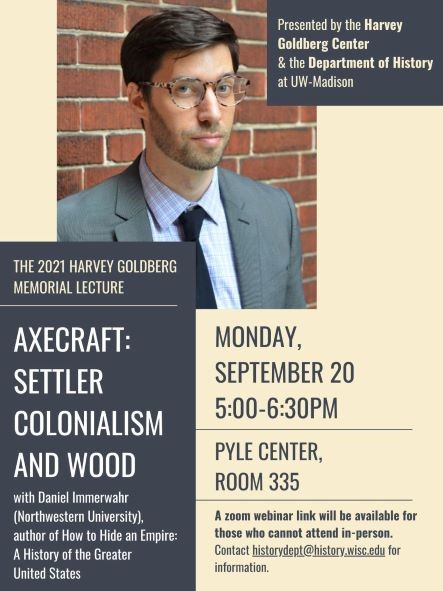 Daniel Immerwahr (Ph.D., Berkeley, 2011) is a professor of history, specializing in twentieth-century U.S. history within a global context. His first book, Thinking Small (Harvard, 2015), offers a critical account of grassroots development campaigns launched by the United States at home and abroad. It won the Merle Curti Award in Intellectual History from the Organization of American Historians and the Society for U.S. Intellectual History’s annual book award. His second book, How to Hide an Empire (Farrar, Straus and Giroux, 2019), tells the history of the United States with its overseas territory included in the story. That book was a national bestseller, a New York Times critic’s choice for one of the best books of 2019, and the winner of the Robert H. Ferrell Prize from the Society for Historians of American Foreign Relations. Immerwahr’s writings have appeared in the New York Times, The Guardian, the Washington Post, The New Republic, The Nation, Dissent, Jacobin, and Slate, among other places.

Presented by Harvey Goldberg Center & the Department of History