The history major is a starting point for any number of careers. Our alumni include screenwriters and sports journalists, doctors and nurses, founders and leaders of international NGOs, technological innovators, and even a chocolatier – along with many teachers, lawyers, and professors. In short, any career that rewards good thinking will be open to a well-rounded history major.

The stories below represent the experiences of only a small handful of the Department’s alumni. Where will your history major take you?

First job after college: Technical Support, Zendesk. I’d previously worked technical support at UW and found it to be a great fit. It was tough working at a company that – at the time – was just starting to grow here in Madison. We didn’t have access to some of the resources that our colleagues in other offices had (such as a formal HR presence). However, my team was amazing and the company continued to grow and expand, providing us new opportunities to grow and learn. My time at Zendesk has definitely been useful to my career – it helped me establish a foundation of knowledge and expand my network of friends and colleagues.

Typical day: My typical day involves writing code and attending meetings with my time. The code part is pretty self-explanatory: fixing bugs, creating new features or refactoring old code. My daily meetings involve checking in with the team and making sure we are all on the same page regarding our work for the day or week.

Value of the history major: There’s actually a lot of relevance to my job that comes from my history major. The most relevant part overall is definitely communication. Being able to document work, present information to customers/colleagues or simply send an email to someone is the basis of many jobs. The history major prepares you very well for that with papers and presentations.

I also find that the ability to recall information is extremely useful. Most history majors have a method of retaining information (detailed notes, listening to lectures a second time, reading material multiple times) that can translate directly to the workplace. I take notes daily on my work which is useful when I have meetings with my manager, because I know exactly what I’ve been working on and can easily demonstrate what I’ve been doing.

Advice to students: I can’t say enough about the support network students have available to them – between professors, the career advisors, other students and the various networking events on campus, there are plenty of opportunities to get involved and comfortable with the job search before you graduate. Make use of all that is available to you

Expect the job search process to take awhile, and start searching well before graduation. I applied for a job in March of my Senior year, was brought into the interview process in April, and didn’t hear back until August! The HR process at most places takes a long time, so the sooner you have everything ready to go (resume, cover letter, interview outfit, etc.) the sooner you’ll be ready to hit “Apply” on those job applications. 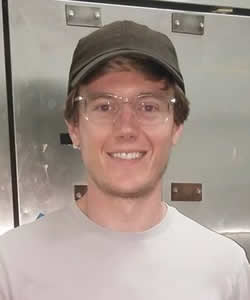 Current position: Owner and chocolatier, Wm Chocolates. Will says that as he moved among different jobs after college, “I started to care deeply about food, and then, more specifically, about chocolate. And eventually, thanks to curious, intelligent people – affiliated with UW, I might add – I made connections that allowed me to turn my obsession into a tiny but growing business. Today, I have a real shot at making chocolate for a living.”

First job after college: High school social studies teacher. Then “I started an online music business while working as a dental assistant…next I took a job testing software.”

Value of the history major: “I started college at the University of Minnesota, intending to study biochemistry. I transferred back home to UW, where it only took one survey of American history course to convince me of the discipline’s value. In short, history made the world a more meaningful place, and I knew right away that I was happier when the world had more meaning.”

Advice to students: “Until you’ve discovered what makes your life meaningful, it’s incredibly hard to visualize the path you want., make sound career choices, be happy, and all that good stuff. So give yourself some time and space to iterate toward what’s most meaningful to you.” 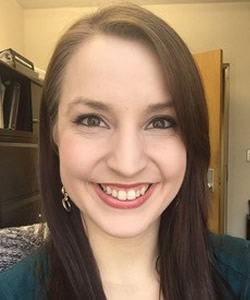 Current position: Director of Budget and Planning, University of Wisconsin Colleges. “In this capacity, I manage a total budget of almost $140 million and lead strategic planning and budget development efforts across [the state’s network of 13 two-year liberal arts transfer] campuses,” Teague says.

First job after college: Budget and Policy Analyst, Wisconsin Department of Justice (for more about Teague’s work there, see this article by the LaFollette Institute).

Value of the history major: Although policy analysis was a bit of a departure from singing opera and studying colonial history, the skill set I gained during undergrad enabled me to appreciate the interdisciplinary connections along my path. My history coursework broadened my worldview, improved my critical thinking skills, and ignited a passion for sound public policy based on historical understanding.

I felt that studying history was a way to understand our common humanity and learn how to become better citizens of the world. Furthermore, my history major helped me understand the value of using my skills to serve the community in which I live and work.

Advice to students: For students considering history as a major, it’s okay to be uncertain about your career path! Your undergraduate years are a great time to explore your passions and interests. Take advantage of the incredible faculty resources around you – they are eager to help you be successful. Instead of memorizing facts and dates, concentrate on the interrelationships of ideas, as well as building your analytical, research and writing skills. Getting involved in campus organizations was a wonderful way to enable both my academic and personal growth. 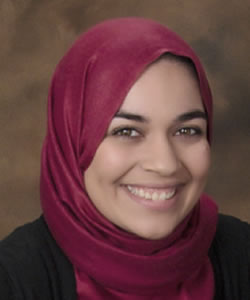 Current position: Program Officer, National Endowment for Democracy, where she supports “democracy activists and human rights defenders to shape the future of their countries for the better. I also serve as an adjunct fellow for the Human Rights Initiative at the Center for Strategic and International Studies (CSIS), advising on matters related to civil society and governance with a special emphasis on the drivers of closing political space in Africa.”

Value of the history major: “Whether [I am] preparing for an election, advising political parties, or facilitating greater women’s participation in politics, my history major comes in handy almost every day,” Farha notes. “To step into another country with sensitivity and credibility, one must understand its history.”

In addition, she says, “the history major prepared me for the foreign policy career I began after college. It provided a framework for how I approach each new country I work in. It contextualized the people and the governments I work with. It taught me how to think critically and strategically. And, on a more practical, operational note, reading 500 pages a week and writing thirty-page papers multiple times each semester is exactly the training I needed for briefing my bosses and preparing for my travels.”

Advice to students: “Get out there. You can study history all you want, but until you see history’s implications in a context outside your own, it’s hard to have that ‘aha’ moment.”

Current position: Genetic genealogist and family historian. As such (and through the business he started), he helps clients “identify and learn about their ancestors, whether it’s adoptees searching for their biological parents or individuals wanting to learn about their heritage more generally. I also help people write family history narratives.”

First job after college: John initially took a semester-long unpaid internship at the Smithsonian Institution’s National Museum of American History, then returned home for an unpaid internship at the Minnesota Historical Society. That led to a contract position working on an exhibit for MNHS; he also worked for the U.S. Census Bureau and at a used bookstore. While he admits that “this wasn’t the trajectory I had envisioned for myself,” John explains that he regards all these positions as “ ‘my first job after college’ because they fit together into three years of further experience-building while I also found a way to make ends meet.”

Value of the History major: John considers the “ability to absorb, arrange, interpret, and write about complex historical data in a coherent, compelling way” to be the most important and useful part of the history major. “Traditional genealogical research is just historical research by a different name,” he says. “I spend lots of time with historical documents in archives both digital and physical. Government records, church records, business personnel files, historical maps and gazetteers, newspapers, military muster rolls, and reports from private organizations: you name it, I’ve found clients’ ancestors in it.”

While the documentary research he pursues benefits from the background and methods John developed through his bachelor’s and master’s degrees in history, he is careful to note an additional benefit of his undergraduate education. “I earned a Bachelor of Science degree in History from UW-Madison,” he explains. “Before I chose history as my major, I thought I wanted to work in one of the hard sciences. I took courses in mathematics and chemistry. Now I use history and science in combination, and that’s what I love most about my job.”

Advice for students: “Learn as much as you can about whatever it is you love. Force yourself to find real-world work that will give you skills to succeed. Then find a way to combine your knowledge and skills into a paying position.” John also adds, “Spend more time getting to know your professors. I wish I had.” 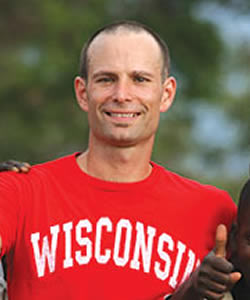 Current position: Executive Producer and Writer on comedies such as “Scrubs” and “Telenovela.” Founder of OneKid OneWorld, a non-profit organization that supports education in developing nations. Josh received the Wisconsin Alumni Association’s “Forward under 40” award in 2008 for his international work.

First job after college: Assistant at a large talent agency: “I knew within the first half-hour that I hated it. I wanted to be on the other side of the desk.” The agency later represented him.

“I’m a storyteller,” Bycel continues. As both an executive producer and as the founder of a non-profit organization, he writes messages that appeal to his audiences: scripts that will draw in viewers and pitches that will help draw financial support for OneKid, One World.

Advice to students: Be creative and willing to try different things, but “you have to be open to failing.” All experiences (even failure!) are relevant to building a successful career, he says. “I wish someone had told me at 22 that it’s not about right away – it’s about the long play.”

First job after college: Part-time staff, U.S. Senate Post Office. The job was the result of her undergraduate internship with Senator William Proxmire (D-WI), who offered her the position; “I worked part-time during the day and went to graduate school at Georgetown at night,” Sherry says. She also continued working for Senator Proxmire in D.C. at the same time, where she compiled the daily Congressional Record Clippings File for his office.

As her position in the Senate Post Office came to a close, Sherry talked with as many different people in as many different Senate offices as possible – especially those on her daily mail delivery routes. This strategy paid off when the office manager for Senator Edward Kennedy offered her a job as a legislative correspondent for the U.S. Senate Committee on Labor and Human Resources, where Kennedy was the Ranking Minority Member. This launched a 25-year career on Capitol Hill, including (but not limited to) positions with three other Senators and a Senate committee, a Congressman, The 1st Presidential Commission on the HIV Epidemic, and a Governor.